Today’s Free Kindle eBook: New York: A Bridge & Sword Prequel #0.5 (Bridge & Sword Series Book 11)
Born in a cyber world. Hunted by an ancient cult. Allie Taylor lives in a world populated by seers, a second race discovered on Earth. Psychic, hyper-sexual and enslaved by governments, corporations and wealthy humans, seers are an exotic fascination to Allie, but one she knows she’ll likely never encounter, given how rich you have to be to get near one. Then her boyfriend has a band concert in New York.In New York, seers are already visible fixtures on the sex club and business scene.During her trip, Allie survives a terrorist attack, sees seers tasered on the street, deals with boyfriend troubles and someone leaving her cryptic and creepy notes.Weirder still, a tall, black-haired guy with strangely colorless eyes keeps showing up everywhere Allie goes.  When a bizarre seer religious cult targets Allie for an end of the world ritual, her visit goes from bewildering to quite probably fatal.NEW YORK is a prequel in the Bridge & Sword series. It is also related to the Quentin Black World, and takes place in the wider history/world of the seers.From USA TODAY and WALL STREET JOURNAL bestselling author, a psychic warfare adventure set in a gritty alternate version of Earth. Contains strong romantic elements. Apocalyptic SciFi. Psychic Romance.Standalone novel. No cliffhanger.NOTE: An alternate version of this story was previously published as part of the “ALLIE’S WAR” series (this version has been heavily revised and has more than doubled in length).THE BRIDGE & SWORD SERIES is a dark, gritty science fiction and apocalyptic series with strong romantic elements, starring Alyson Taylor and her partner, dark and dangerous infiltrator, Dehgoies Revik. For fans of gritty, character-driven science fiction and fantasy worlds, filled with twists and turns and backstabbing betrayals, with heroes and villains who can be equally relatable (and sometimes the same people). The Bridge & Sword books span continents and historical periods as Allie and Revik try to save the human and seer races from destroying one another, and keep their friends and loved ones alive in the process.The world is dying. Everyone feels it, and yet… no one knows.They said that when the end was near, a Bridge would come, and lead them out of the darkness of that dying world.My name is Allie Taylor, and I am that Bridge.BRIDGE & SWORD WORLD Reading Order:Rook (Bridge & Sword Series #1)Shield (Bridge & Sword Series #2)Sword (Bridge & Sword Series #3)Shadow (Bridge & Sword Series #4)Knight (Bridge & Sword Series #5)War (Bridge & Sword Series #6)Bridge (Bridge & Sword Series #7)Prophet (Bridge & Sword Series #8)Dragon (Bridge & Sword Series #9)Sun (Bridge & Sword Series #10)Prequel Novels:New York

How to get this sample:
This link will take you to a website which is operated by a third party.

GET UPDATES ON FREEBIES 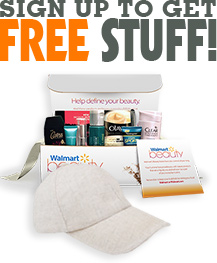